I mused about what I could say at my retirement celebration; something thoughtful, sincere, meaningful, and thankful. Some eloquent, playful prattle about retirement activities; taking up spectator sports, joining a book club, or explore the drama and mystery of the Tango. I had only thought as far as a working part time as a patient escort at a hospital, early morning walking at the mall, and watching afternoon television. I googled Retirement Speech for an inspirational retirement speech; they all seemed somewhat impersonal, not heartfelt or well thought out. So I declined an employer organised retirement celebration.

I retired January 2nd 2015. It was midwinter in Omaha, cold and getting dark at 5:00pm. Each morning of my new retirement I drove to the mall at 9:00am to walk. I was still conditioned to be out of bed at 6:30. I ate lunch and watched People’s Court and Judge Judy. 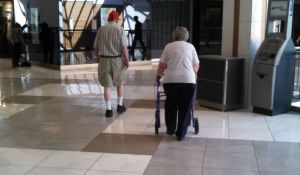 In January everything my left eye started to get blurry. 3 months earlier I gad had cataract surgery; the lens in both eyes were replaced with synthetic lenses. I was one of the 10% of the people who have swelling of the macula after lens replacement surgery. And a vessel that carries fluids to lubricate the eye was blocked. A few zaps of a laser solved the blocked vessel problem and liquid prednisone eye drops took care of the swelling. At the same time I developed Plantar Fasciitis in my right foot. The foot specialist pushed a syringe into the heel of my foot and emptied cortisone into my inflamed plantar fascia. He prescribed a dorsal night splint and a series of stretching exercises. I wore the splint to bed. After enduring about six months of misery in every step the pain mysteriously disappeared.

And so I stopped watching People’s Court and Judge Judy, and walking early mornings at the mall.

How fortunate I had declined a retirement celebration; in a few short weeks all my planned retirement activities had become visionary fantasies. I would have talked about taking up spectator sports, joining a book club, or exploring the drama and mystery of the Tango during my PowerPoint presentation at my retirement soiree and they would have turned out to be just lofty starry eyed hyperbole.

It has proven to be an advantage to carry the genes of Australian Royalty. I am the third great grandson of the transported convict Thomas Raines. I would argue that the reason many were transported to Australia was because of their struggles for political freedom or for trivial offences, and they were sent only to colonise new and dangerous shores on the other side of the world. And so with the genes of my ancestor I will overcome the failed plans of my retirement. 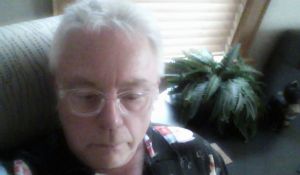 And winter became spring; enjoy my thoughts and musings in retirement.

2 thoughts on “Why I am Blogging”